Here is my review of Zero Dark Thirty. For me, it’s a story, about the movie, about going to see the movie, and about this life I find myself passing through. It’s always that way.

I previously shared my thoughts about the politics of the making Zero Dark Thirty in
a prequel to this review. I didn’t have a lot of good things to say then, and I have mixed things to say now. Let’s put it this way, I’m glad this did not win Best Picture, not that Argo deserved it.

My friend Juan and I decided on the spur of the moment to go see Zero Dark Thirty, which we had been planning to go see for some time. The only show left that night was over in Century City at a fancy massive mall I had not been to in ages. So we got into my 1991 Audi Coupe Quattro and hit the road from Santa Monica toward the lights of Century City. 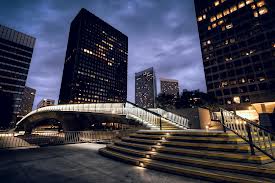 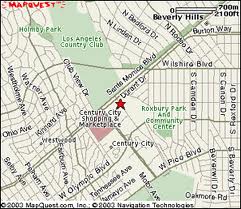 We are both interested in politics and were looking forward to see an entertaining movie that, at the same time, dealt with issues about use of US force in far away places. I had enjoyed the evening so far, since I don’t drive often but when I do, LA at night is a wonderful experience, with distant views of the Hollywood hills and the ballet of cars moving at high speed on the freeway. We navigated our way to the mall and entereed an enormous parking structure, itself an architectural wonder. We were careful to remember where we parked.

We were early so walked around the impressive wide outdoor walkways of the mall lined by store fronts offering luxury goods to the upscale community around Century City and Beverly Hills. It was past closing time for most stores, which gave a bleak feel to the large corridors normally filled with passing shoppers. There were a few straglers still walking around as if this were a park. 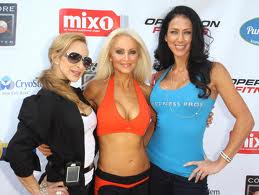 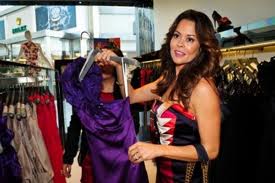 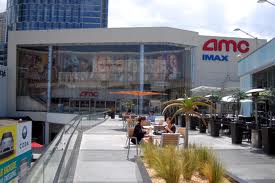 We had almost an hour to fill before the movie so we found our way to an Italien pub-like restaurant on the second level near the escalator. It was layed out like a sushi bar but served Italian specialties. We sat at the bar. We were the last customers of the evening so we engaged in banter with the crew, most of whom seemed to be from different parts of the world. Our main server seemed to have a Russian accent. I wondered how much she was paid and how many hours of her salary would be needed to cover the price of a movie at the IMAX theatre where I had pre-booked seats at $18 each. Here she was, still working at this late hour after the mall rush, still serving food to a couple of wanderers from Santa Monica would could easily afford the high priced seats and who needed a last minute bite to eat before exiting back to the mall corridor and into the megalithic theater complex located nearby.

It was time to see the movie. It was what I expected. Entertaining, well acted, good cinematography. It had more torture scenes than I had been lead to believe from the reviews making me wonder if there is that much difference in how much we hate other cultures compared to how much they hate our culture. The physical IMAX screen was incredible. I only then realized this was IMAX. I had never been to see IMAX and this was, by far, the largest most beautiful screen I had ever seen. Lousy sound though, as if recorded in an empty gymnasium with very hard walls to bounce the sound off of. Not the sound system, that was great. I mean the recording of voice in the movie. I wondered if maybe they just had the sound turned up too high in the theater. But no, I think it was lousy sound engineering in the film itself.

The script was written in a frenetic sytle we have to get used to these days. It has this cutsey way to throw so many Arabic names at you in rapid succession and allusion to a juxtoposition of supposedly correlated events that you would need to pay another $36 each to see the movie two more times in order to really figure out what the hell was going on in the CIA agent’s stream of consciousness.

Anyway, the movie has two parts, the lead up, most of the movie, with frentic evidence gathering and somewhat over-acted CIA interactions. Probably somewhat exaggerated and maybe a bit over acted in a couple spots. 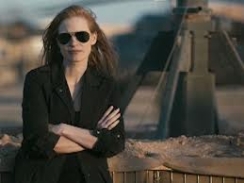 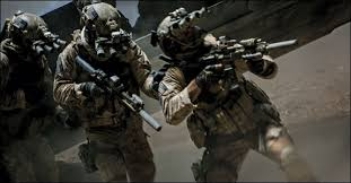 Then, the last part, about the last half hour or more, where Seal Team Six did its thing. THAT was well done. Very realistic. No Rambo here. Just extremely well trained, well armed, and high tech soldiers going into a feudal state at night to kill someone. Which they do expeditiously. Not legal by any international standards, but this is the American Empire speaking. You blow up 3000 people, you are going to be toast one day or another. Of course, there being no time for character development of the soldiers, you are watching a skit, basically, dropped into the movie to show what the rest of the movie was supposed to be about. Kind of two movies in one really, both ultimately superficial, with us in the theater playing our part and being entertained. Did we learn anything? I don’t think so. Were we entertained? Yes, I was. Does this movie give pause for thought and lead to a discussion of the issues involved? I don’t know. Did it in your circle of friends?

After the movie ended, Juan and I discussed it as we walked back to the enormous parking structure. On the way out we showed our parking validation to the attendant, which let us out free. The attendant was standing there, in the cold night, next to the stark cold mechanical exit gate, owned by whatever mega-corporation rakes in the millions of dollars per year in parking fees levied on visitors to that particular Century City parking complex. I pulled out a five dollar bill and handed it to the guy. He deserved much more than that, but his boss, the corporation who owns that parking structure does not care. That is how it is.

There are other young men being better paid to become Seal Team warriors. And others being trained to sit in a bunker and command drones to do our robotic killing for us. That is also how it is. The movie made me think about all of that, being part of an immersive experience I had that evening.