January 7, 2016 marks the one year anniversary of the attack by Islamist extremists on the French satirical newspaper Charlie Hebdo. I noticed little or no mention in the so-called alternative American press about that horrible event of one year past. Not by Democracy Now nor by KPFK’s Sojourner Truth program. I recall when it happened that the U.S. Left displayed ignorance about Charlie Hebdo, not to the point of justifying the attack on Charlie Hebdo but questioning the magazine’s choice to use blunt satire about Mohammed and in some cases calling the magazine racist.

That ignorance was ignorance by omission, ignoring the simple fact that Charlie Hebdo satirizes all religion. But Charlie Hebdo supports the rights of immigrants including Muslim immigrants. The editor Stéphane Charbonnier, aka “Charb”, who was killed by the terrorists, was an outspoken atheist but also a strong supporter of immigrant rights. For example he opposed law in France that bans Muslim women from wearing the veil. Here is quote from an interview with Charb: “Of 1058 numbers, there are only three covers on Islam. Every week we defend the undocumented, many of whom are Muslims, we fight against racism and discrimination, it is for the right to vote for immigrants … And as a personal note, I was against the law against wearing the veil. But the media never talk about Charlie Hebdo for these positions, which are more in favor of Muslims.”. Here is the full inteview with Charb (in French).

In some broadcasts by the left after the attack, such as on Lila Garrett’s show Connect the Dots, Charlie Hebdo was referred to as being racist, an ironically false statement. I attempted to educate Lila to that effect in this email exchange

So, on this anniversary of that tragedy, we should honor the unbridled voice of Charlie Hebdo and all brave journalists who satirize all that deserves satire, and that includes all religions.

Here is a sample of images of past front pages of Charlie Hebdo, showing the diversity of sarcasm towards all who deserve sarcasm: (click here to open an enlarged view of these images) 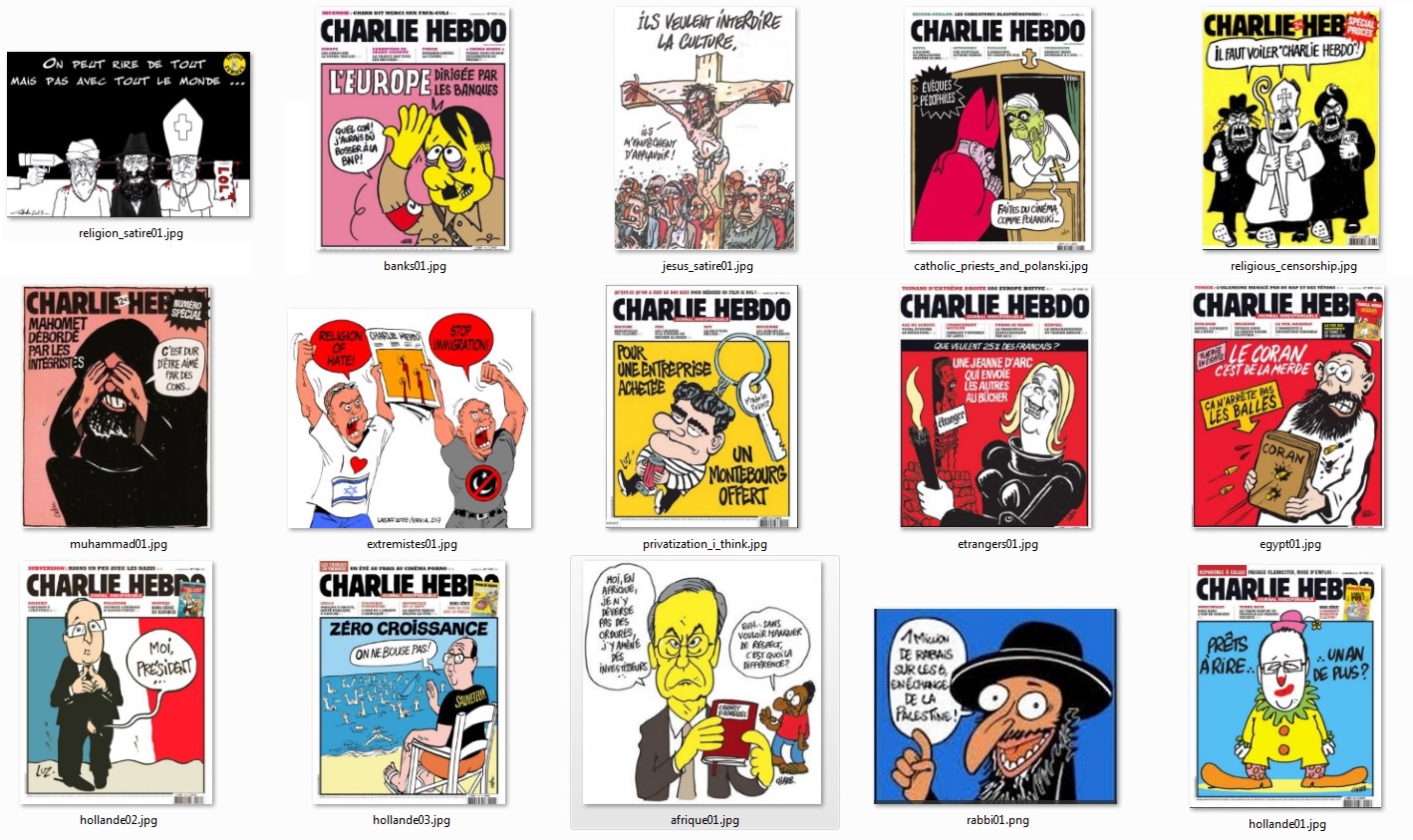